The goal of the study was to examine retrospectively if an augmentation with allogeneic bone plates using the shell technique allows vertical and horizontal bone gains comparable to gains achieved with autogenous bone plates.

This case series is a retrospective examination of five patients who had a bilateral bone defect requiring verticalaugmentation (three patients) or three-dimensional horizontal augmentation in a buccal and oral orientation (two patients). The augmentations were performed using the shell technique. Due to the size of the defects, the augmentations could not be exclusively performed using the material available from a sole intraoral harvesting site orpatients opted to rectify the bone deficit by allogeneic bone plates (maxgraft® cortico). In total, two CBCTs were recorded for each patient, one before treatment and one directly before implantation. At each time point, the alveolar bone levels were measured in their height, width, and depth at the planned site of the mesial implant, at the site of the distal implant and in the center of the two planned positions. At the other time points, the measurements were taken with a reference template and a caliper. After exposure of the bone, the horizontal width of the alveolar ridge was measured at two positions with a caliper: at the planned site of the mesial implant and at the site of the distal implant. 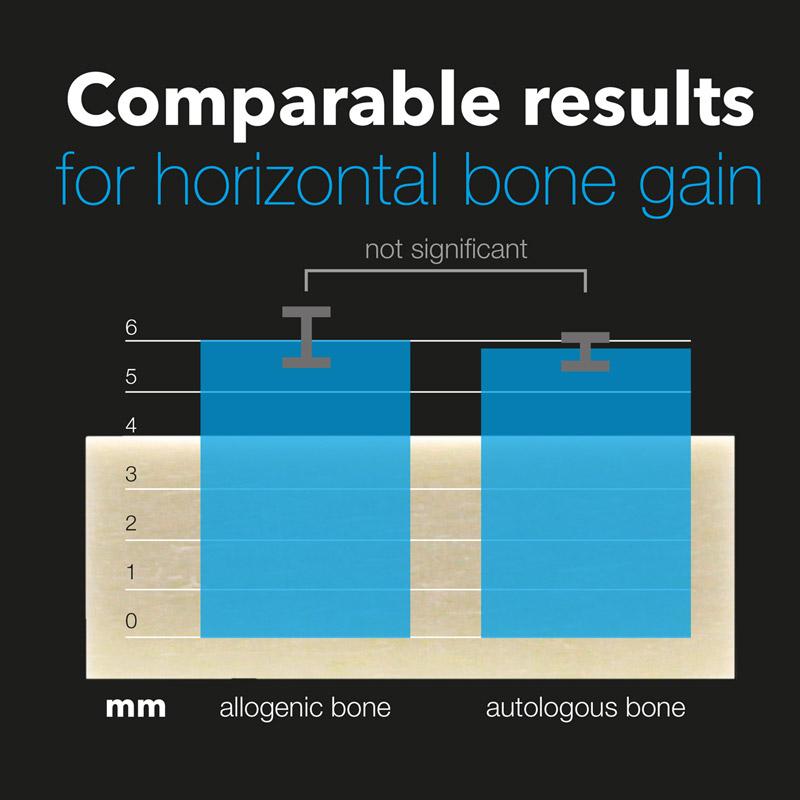 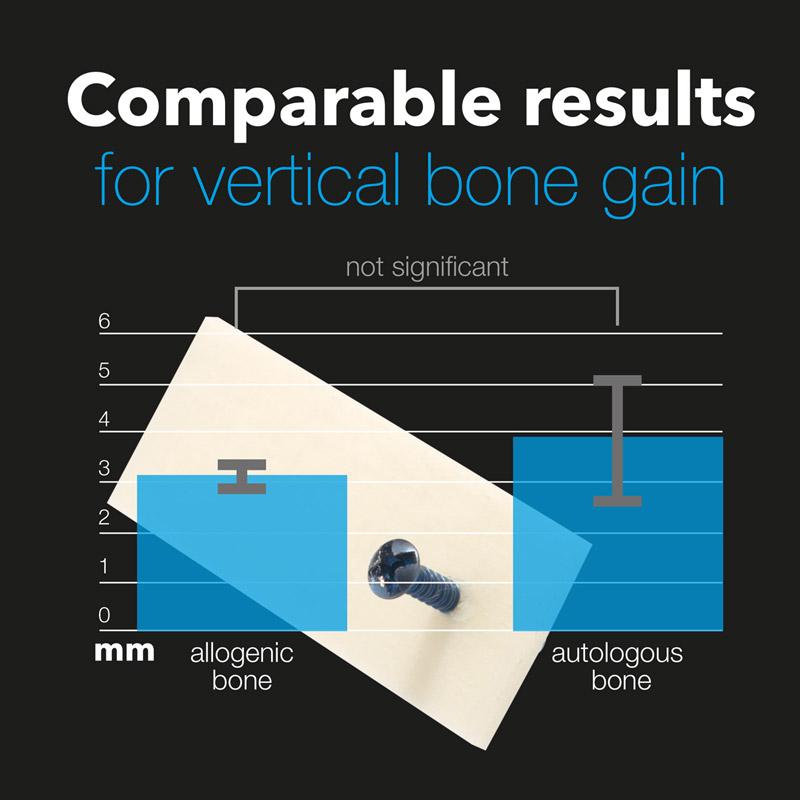 Both augmentation materials led to equivalent bone gains. By means of the shell technique equal horizontal and vertical bone gain with both autogenous and allogeneic bone plates is achievable.

The additional implementation of augmentative relining with a xenogeneic bone substitute material (cerabone®) and collagen membrane (Jason® membrane) seemed to minimize resorption processes and to maintain bone volume in the long term.

CASE OF THE MONTH 03/2021: Shell Technique with augmentative relining with cerabone® and Jason® membrane (Split Mouth with maxgraft® cortico and autologous bone plates)

Socket management in the posterior maxilla using permamem® and cerabone®

CASE OF THE MONTH 12/2020: Regeneration of a 9 mm vertical bone defect with cerabone®, autologous bone and S-PRF

Implant-supported rehabilitation of the maxillary ridge: Integration of surgical, periodontal and prosthetic concepts

Ridge reconstruction with maxgraft® block in the posterior maxilla

CASE OF THE MONTH 09/2020: Smile rehabilitation in the anterior maxilla with maxgraft® bonebuilder

Reliable: Biomaterial safety in the times of COVID-19

Evaluation of efficacy of platelet-rich fibrin membrane and bone graft in coverage of immediate dental implant in esthetic zone: An in vivo study

Prof. Giovanni Zucchelli – THE TRILOGY: A guide on how to choose the correct combination of biomaterials in periodontal and peri-implant plastic surgery – WEBINAR